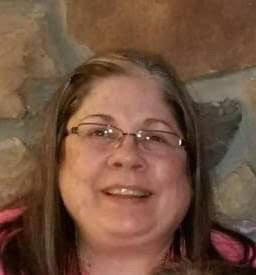 For the past two years, I have been ill and slowly getting worse. My weight was continually going up and my ability to do anything was decreasing daily.For Christmas, my 23 year old daughter bought the GenoPalate DNA kit for me. I really didn't know what it was about; but I did it anyway...I mean it was a gift, afterall.In February, my eyesight took a turn for the worse and I was told that I had two very small cataracts. They didn't bother me much, so I really didn't think about them.Around the time that my GenoPalate Report arrived, April 23rd, I was pretty sick. I couldn't breath (I was being treated for asthma) and was very very tired, all of the time. Because I have IHSS, we thought that my health issues stemmed from my heart.April is my big test month... lots of doctors, lots of weighing in, lots of too much stuff. In a movie, Bette Davis once said, "Getting old isn't for sissies", and she was right, to a point. I figured I just had to suck it up and deal with whatever was going on. I began my GenoPalate "substitution" program, but I didn't put the entire plan into operation. I was also ignoring the parts about being genetically predisposed to type 2 diabetes. I was losing weight for the first time in decades, so I figured that I didn't need the rest of the Report...I'd just keep substituting.Lone and behold, the month of May rolls around and all my doctors (mostly specialists) gave me a clean bill of health and yet, I was sick all of the time. As I was dealing with shortness of breath, I developed thrush (which is horrible). I'd just been put on a new inhaler to help the breathing and I thought that it gave me thrush. I stopped it immediately and, as it turns out, I do not have asthma.Everything that I was going through, except the IHSS, was food related. Here is how we found out:I tried to treat the thrush homeopathically. It would go away for a bit, but then come raging in. As I was trying to make up my mind if I should go to a doctor, my vision blurred to the point that I could barely see. I went to the eye doctor and she saw two clouds over my eyes and she thought they were my cataracts. I scheduled cataract surgery. The thrush kept getting worse so I went to my primary doctor and in no time at all, he is having a glucose test done on me and shooting me up with insulin. At 68 years old, I am learning that I have type 2 diabetes and the doctor is giving me all of these scripts. All I can think of is that at 68, my grandmother was diagnosed with type 2 diabetes and she died from complications after years of insulin. She had no life. She had nurses visit twice everyday to administer insulin to her. I want better than that for the remainder of my life. My uncle died of diabetes and my mother is suffering from diabetes related problems. Those are the thoughts going through my head.And then, I remember my GenoPalate Report. I planned to use the foods as my guidelines until I met with the nutritionist. I opened it and with fresh eyes, I saw all the warnings. I should have been eating the percentages that the Report recommended and I wasn't, I was just substituting foods.Now, except that I eat chicken, which is not one of my "foods", but fits in better for diabetic nutrition, I pretty much eat only what is in my GenoPalate Report. The food I don't like, I just don't eat it. With the Report and my nutritionists guidelines, I do believe that I can get my A1C down to an acceptable level and not need any kind of medications.About type 2, inflammation is a major cause. GenoPalate pointed out that I may have an intolerance to dairy and wheat. They were correct, I am allergic to both and have always eaten them because I was never "feeling" any side effects. I was so wrong. The side effects were internal inflammation, a contributing factor to weight gain and type 2 diabetes. Now I am dairy, wheat, and corn free....I do not miss them, at all.The long and the short of it and I guess the point that I am trying to make is: TAKE THE REPORT SERIOUSLY. Read it all! Don't think about weight loss, think about healing your body from the inside and I do believe the weight will come off. I lost weight because the diabetes was trying to kill me, but I've keep it all of and maybe a pound or two more because I only eat what is in the GenoPalate recommendations (except for chicken).Your report is helping me...no joke.