What Does it Mean to Eat for Your Genes?

What Does it Mean to Eat for Your Genes? 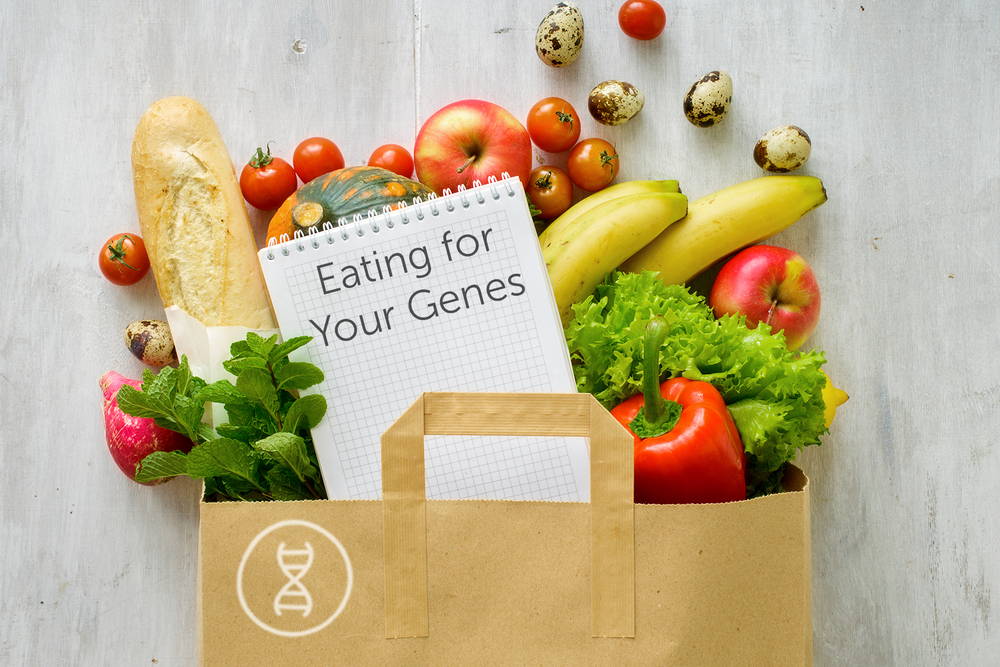 “You can leave the table once you’ve eaten everything on your plate.”

There was a time when our mothers believed this mealtime rule would help us grow up to be healthy and strong.

But today’s world is much more complex—especially when it comes to what’s on our plates.

Just like the pattern in our fingerprints, our nutritional needs are unique to each and every person. When it comes to how we fuel our bodies, we now know that general nutrition guidelines, the latest supplement trends and fad diets simply don’t work.

The key to feeling well and staying healthy is to know what to eat, how much to eat, and what to avoid eating. This formula is contained in our DNA.

Your DNA can help you make smarter food choices

GenoPalate’s nutrition DNA test is just like the one you’d take to research your ancestry. Once you’ve submitted your DNA test kit or existing test results to us, your DNA is analyzed to determine how your body processes food.

Based on your DNA results, we’ll create a customized nutrition profile for you. Your profile will include a detailed breakdown of each nutrient including how much you need and the best sources for you.

You’ll find out how your body processes carbohydrates, fiber, sugar, fats, protein, vitamins and minerals. Your profile will also alert you to a potential sensitivity to lactose or gluten and analyze how you process caffeine and alcohol.

The science behind a DNA-based diet

GenoPalate’s testing uses nutritional genomics, also known as nutrigenomics. This is the study of the relationship between the human genome, nutrition and health. We use this whole-body science to determine what you should eat based on how your body will respond.

DNA is the genetic material that carries the information that determines how your body looks and functions. Your genes are specific regions of your DNA that provide your body with instructions on how to make proteins. These instructions affect the function of your body’s tissues and organs.

These instructions come from specific locations on your genes called genetic variants, or single nucleotide polymorphisms. Variants are distinguished by a difference in a single nucleotide (A, C, T and G). These nucleotides are the building blocks of DNA.

Small variants in your genes can lead to drastic differences in the way your body processes food. They influence how you metabolize nutrients and absorb certain vitamins.

GenoPalate analyzes 100+ genetic variants that directly impact how your body processes food. You’ll learn your associated genotype (your unique set of nucleotides that determine your nutrition recommendations). You’ll also learn the prevalence of your genotype (the percentage of the population that also has your genotype) for each gene.

This analysis of your genes will provide you with a roadmap for the foods and nutrients you should be consuming for optimal health.

Jim and Amber are married. Because they are genetically unrelated, with unique genetic makeups, they have different nutrient needs.

From Jim’s genetic results we are able to determine that his genotype has a higher demand for omega-3 fatty acids, a lower demand for carbohydrates and sugar, and a moderate demand for fiber.

Based on Amber’s genotype, we are able to determine that she may thrive on moderate amounts of omega-3 fatty acids, carbohydrates and sugar, and higher amounts of fiber.

Eating for your genes may help prevent disease

In addition to managing weight and energy levels, eating for your genes may also prevent disease.

When people have a genetic makeup that makes it more difficult to process certain nutrients, they can be susceptible to various chronic diseases.

An example of this is the IRS1 gene mechanism. This gene provides instructions for the production of a protein which aids in the transfer of signals from insulin to multiple important biological pathways. These signals help tell your body to absorb glucose, allowing you to uptake energy.

People with certain genotypes for the IRS1 gene may be more prone to develop insulin resistance, which can lead to type 2 diabetes. Naturally occurring variations in this gene correlate to varied tendencies of developing insulin resistance, a detrimental condition where your body encounters difficulty bringing down blood sugar levels.

For those who have the CC genotype, studies have shown that this risk decreases when people increase their carbohydrate intake.

Your genes can help you, and your loved ones, eat smarter

While the science that backs up our recommendations will be part of your report, the profiles we generate for each GenoPalate user are easy to understand and integrate seamlessly into daily life.

As part of your unique GenoPalate user profile, you’ll receive a comprehensive list of the 85+ foods that have a nutrition profile that matches best with your genetic-based nutrition recommendations. We’ll also outline your recommended intake of 20+ nutrients.

Each nutrition profile is compared against thousands of foods in our database. Because it’s unlikely that one food will be an exact fit for your genotype, you’ll need to eat a variety of the foods outlined in your profile.

Once you’re equipped with this deeper understanding of how your body functions, you’ll know how to eat for your genes.

You’ll be able to shop at your local farmer’s market for the fruits and veggies that energize and protect your body. You’ll also know what dish to bring to the 4th of July picnic and what staples to pack for that camping or road trip!

It’s time to stop guessing and start eating in a way that’s designed to help you feel your best.