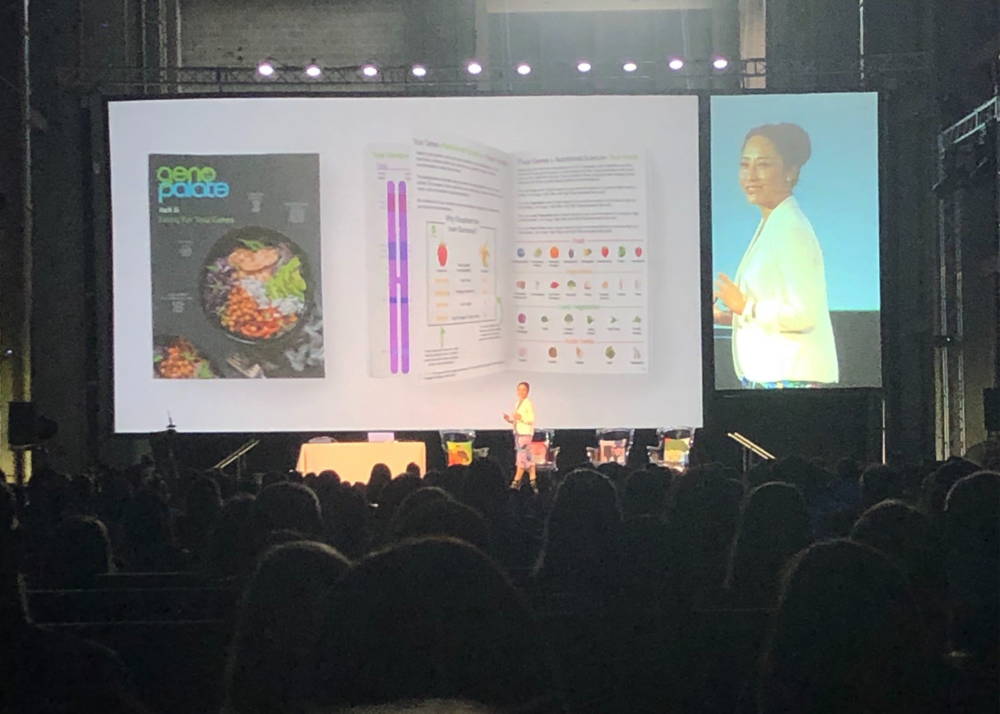 The Story of Your Genes

Each of us has a story.

A story that reads like a work of science fiction, complete with twists and turns.

Each of us was born with a tale of genomic DNA programmed permanently into our bodies. Except this story isn’t told in words, it’s constructed from a sequence of computer code.

Each copy of this code contains our genomic DNA. It holds precisely 3.2 billion letters. Each of us has trillions of copies that make us function over the course of our lives—from birth until death.

In order to contain all that data in your body, your body has to be very organized. And it is. Your DNA is densely packed into 23 individual chromosomes in each of your cells.
You have two copies of each of the 23 chromosomes—half is from your mother, and the other half is from your father. Your genes give your cells instructions to make proteins. These proteins follow a precise blueprint to make your body and define your biological traits.
For example, on your chromosome 15, your version of the gene HERC2 determines if you have brown or blue eyes.

A blueprint for the way your body reacts to food

You have genetic variants for taste receptors that determine how sensitive you are to the sugar levels in cake or a sip of soda.
You have genetic variants that influence how sensitive you are to salt. We even have evidence showing that sensitivity to salt may be linked to hypertension.
Your taste profile for sensing bitterness is also complex. We have found a number of genetic factors that influence how a person perceives bitter molecules. This impacts which foods you like, and which ones you don’t.
These examples give you a glimpse into the nutritional genetic factors and variants scientists like myself have discovered over the past two decades.
We have just begun to understand how foods impact the makeup of our DNA. Even though the science is relatively new, we can use nutritional genetics to help everyone eat for their unique health and wellness needs.
How is this possible? How has food influenced our genetics?
Let’s travel back in time to find out.

Our genetics and our ancestors

Our genetic ancestors, modern humans, left Africa about 50,000 years ago to occupy other continents. At the time, the total population of our species was about 25 million.
Because this population was so small, our capacity to evolve into a stronger and more adapted gene pool was very limited. Beneficial genetic mutation happened occasionally but with such a small population density, it takes thousands of generations to let one genetic variant survive and spread out.
But our human genes still evolved. Between 100,000 to 10,000 years ago, humans became far more creative than their ancestors. They figured out how to use fire and make tools. They became skilled at hunting.
DNA evidence shows that humans became even far more creative and innovative when they developed the genes for a bigger skull size and speech. They became better thinkers. They also understood how to take bigger risks by analyzing complex situations and predicting outcomes. All of these advancements were the result of genetic evolution.
So when the last ice age ended around 15,000 years ago, and the environment became warmer and wetter, a cultural revolution happened. One that has forever impacted human evolution.

The earliest agricultural efforts took place around 10,000 years ago. Agriculture started with regions in the Middle East before spreading to Asia, Europe and Africa. Agriculture is one of the most impactful revolutionary events in human history. It not only changed our food environment forever but, more significantly, it changed our pace of genetic, biological and cultural evolution.
From 50,000 years ago to 3,000 years ago, the human population grew from 25 million to 60 million. Before agriculture, when genetic variants occurred, they stabilized much quicker. Now it takes hundreds of years, versus 100,000 years, to keep a viable genetic variant.
As a result, we have millions of genetic variants that we can identify by sequencing the DNA of an individual. Today, much of the diversity in our genetic blueprints is caused by the food our ancestors were exposed to.
Agriculture not only impacted human nutrition and genetics, but it also led to more innovation. For example, the domestication of animals has led to new kinds of infectious diseases that human biology had to adapt to handle. Sedentary lifestyles enabled the creation of wealth and an elite class in society. This was not possible when we were mobile foragers.
Let’s take a closer look at how a new food introduced by agriculture eventually impacted the entire human population.
Our body is highly efficient at managing energy. When one gene is not needed, to save energy, our biology is programmed to turn it off—like we turn the light off when we leave a room.
This same process happened with the expression of lactase.
The enzyme that enables a baby to draw energy from the sugar in breast milk is controlled by the same light-switch energy efficiency program. In humans, we usually turn off the lactase expression soon after breastfeeding is over.
But today, approximately 30 percent of the world’s adult population has the lactase gene turned on all the time. It acts like one of our other housekeeping genes.The reason for this? Approximately 3,000 years into cattle farming people living in four regions, including Northern Europe, developed a mutation in their genes. This mutation allowed them to digest lactose in order to take advantage of the additional calories provided by the sugar in milk.
Whereas my ancestors who were living on rice as their main sources of carbohydrates didn’t need to create that mutation. This is why I’m lactose intolerant. (Which you can imagine, is a big bummer, since I live in Wisconsin.)

Today we are living in a different food world. A world where grocery stores are abundant with food choices. And we don’t know which choices are good or bad for our bodies.
This collision of our genetic predisposition and the food environment we are exposed to, has resulted in some pretty concerning statistics:
Many of these conditions can be reversed by proper nutrition. We urgently need a solution that provides personalized nutrition recommendations for better management of health and wellness.

Personalized nutrition is real. And at GenoPalate, we are doing it.
The cost of human genome sequencing has dropped significantly since we completed the human genome project in 2002. Now, for the price of a pair of good running shoes, we have a way to genotype anyone who wants to find out their genetic predispositions for nutrition and health.
The science behind personalized nutrition is called nutritional genetics. Nutritional genetics is providing us with growing knowledge and insight into genetic differences between individuals. These differences inform the body’s responses to food and map out the ultimate impact on health and risk for disease.
I’ve had the privilege of studying obesity genetics with the late Dr. Ahmed Kisseabah, whose work contributed significantly to our understanding of the biology behind obesity, diabetes and metabolic syndrome.
Our 25 years studying obesity using DNA technologies helped our field dissect how much a trait such as height or BMI can be attributed to genetic factors—in comparison to environmental ones.
My research eventually leads to the creation of the innovation that powers GenoPalate today.
Using Genopalate’s Personal Nutrition Algorithm, we analyze more than 100 nutritional genetic variants, that involve more than 50 molecular pathways for food metabolism and 26 metabolic health outcomes. Using this algorithm, we are able to provide granular recommendations for 28 nutrients and substances, and in the end, one personalized nutrition solution for you.
Our vision is to empower people with the knowledge that stems from personalized nutrition. Our science will help individuals reach optimal health and help our society reduce chronic disease.

It’s time to change our relationship with food

We, the human species, have entered a magnificent time of evolution. To succeed and thrive as our ancestors did before us, it’s time to change our relationship with food based on our biology.
It is time to eat intelligently and proactively for our health.
Your genes are not static matters. They interact with food, air, water and your social environment to make you well or unwell, happy or sad, healthy or sick.
Everything you eat matters.
Eat purposefully.
Eat intelligently.
Eat with people you love.
Eat communally with people you have never met before.
Remember, when you eat, you are writing your life story by having a conversation with your DNA.
My grandma, who was a brilliant self-taught chef, always told us, “Never come to the table unhappy. Eat happily for your health.”
I wish the same for you. 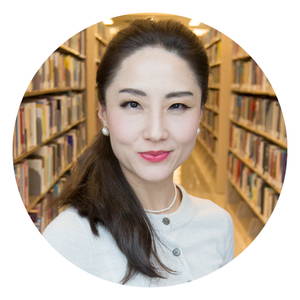 Yi Sherry Zhang, Ph.D.
Founder of GenoPalate®
Dr. Zhang is a mother, scientist and entrepreneur. Her research in obesity genetics led her to the founding of GenoPalate, a company that provides DNA-based customized nutrition plans and helps customers eat for their genes.
Learn how our personalized nutrition science can support your health.